Project xCloud, a feature of the Xbox Game Pass subscription service, works as intended on the recently announced handheld gaming console, Valve Steam Deck, according to Xbox chief Phil Spencer. Colloquially known as the “Nintendo Switch Pro Killer,” the Steam Deck already has blessings from one of the most influential men in gaming history.

Spencer revealed his Steam Deck on Twitter and praised the Valve development team for making a handheld gaming console with a good library of games, screen size and controls. The Xbox Chief also mentioned that he enjoyed playing Halo and Age of Empires on his Steam Deck. 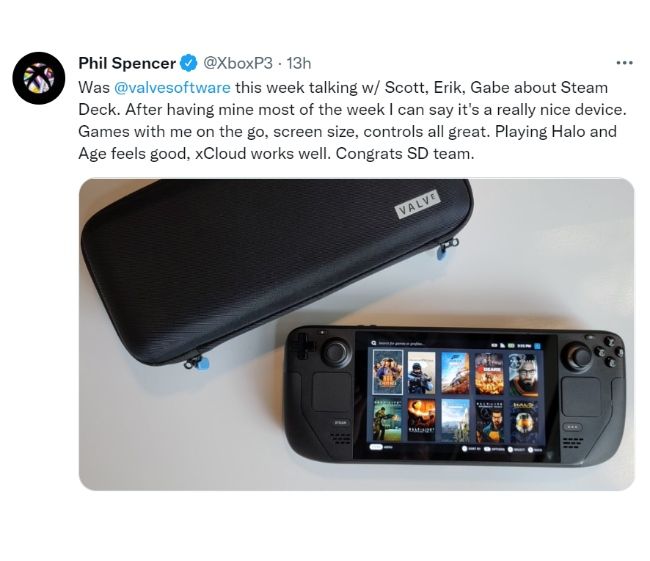 The Valve Steam Deck comes with a custom version of Steam OS, a Linux-based operating system. Therefore to run games, the Steam Deck uses a Proton emulation layer, as most titles cannot run natively on Linux. It is a popular method and it works really well. In fact, according to a report, developers stopped making native Linux games because the Proton emulation is great at its job. Furthermore, it is now clear that Project xCloud, a third-party cloud gaming application, works well on the Linux-based platform as well.

Are we looking at a future collaboration between Valve and Xbox soon? Probably not, but Steam Deck continues to look better with each new report/leak.