Viruses may have eyes and ears that sense and decipher their environment, according to a new study which examined and analyzed a delta bacteriophage with special binding capabilities that allows it to monitor it host cell. 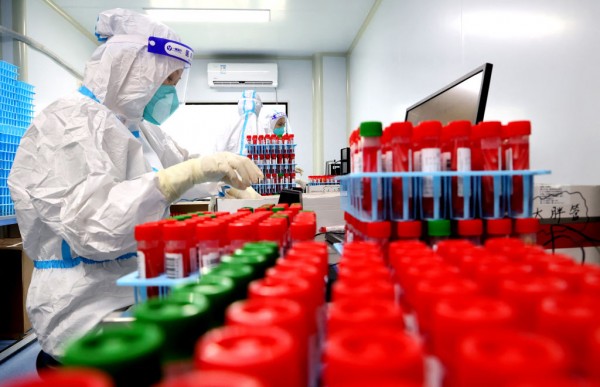 The new paper was published in the journal Frontiers in Microbiology on August 19 led by researchers from the University of Maryland Baltimore County, which concluded that viruses are using receiving and using information from their environment to decide when to sit tight inside their hosts and when to multiply and replicate.

The study has reportedly implications for antiviral drug replication.

The paper’s senior author, Ivan Erill, a professor of biological sciences, stated that the ability of a virus to sense its environment, including elements or factors produced by its host, added another sheet of complexity to the notion of viral-host interaction, as cited by Phys.org.

Erill added that currently viruses this so-called awareness ability to their benefit.

But in the future, the senior author said we could exploit it to their own downfall.

The research focused on bacteriophages, which are viruses that can infect bacteria, mostly referred to as “phages.”

A virus is an infectious microbe comprising a part of nucleic acid, either DNA or RNA, protected by a protein coat.

This pathogen is unable to replicate on its own. As a result, it must infect other cells and use components of its host cell to make copies of itself, according to the National Human Genome Research Institute.

The virus then damages and kills the host cell during the replication process, which affects the host organism, including humans.

Some of the well-known virus-driven human disease include COVID-19, AIDS, measles, and smallpox, the institute noted.

Over the past two years, humans have learned about viruses in close magnitude for the first time in modern history due to the COVID-19 global outbreak or pandemic.

Prevailing research showed that pathogens like the SARS-CoV-2, which causes COVID-19, turn its host cells as virus-making factory.

During this process, the virus and its original strait undergoes a phenomenon called virus mutation, which paves the way for a new strain where are more complex and resistant to existing vaccines.

Scientists until today are still deciphering the origins of viruses, wherein there is still no clear explanation of how they existed.

Existing literature neither confirm nor postulate that viruses are living organisms or not.

However, there are various theories which suggests the potential origin of viruses on Earth.

One of these theories includes the Escape hypothesis, also referred to as the Progressive Hypothesis, which indicates that viruses could have risen from broken pieces of genetic material within ancient cells.

In contemporary times, viruses, along with other pathogens like bacteria, parasites, and fungi, have affected humans and animals with various diseases, causing widespread illnesses and even deaths.

In the United States, WebMD has compiled some of the most common infectious diseases in the country below, addition to the current monkeypox and COVID-19 outbreak:

Related Article: Infectious Viruses Can Survive by Hitchhiking on Microplastics Across Freshwater

The Ukrainians - A History OF Rock Music IN Ukrainian - promo