Researchers are providing probiotic supplements to corals located in the world’s reefs in order to preserve their microbiomes.

A swimming larva floating in the water is the beginning of a newborn coral’s existence. When the larva has grown large enough, it sinks to the bottom or, if it’s lucky, a thriving reef.

Then, it begins to clone itself after it has landed.

Incredibly shallow corals are basically communities of tiny invertebrates interacting with a coastal alga called zooxanthellae, which feeds the corals and assists in the creation of calcium carbonate, forming reefs over millions or even billions of years.

Supplementation of coral reefs on the great barrier reef 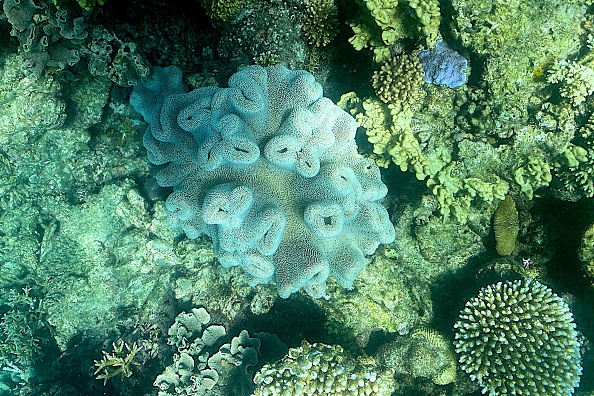 Whereas the connection between corals and zooxanthellae is widely recognized, scientists are just now beginning to investigate how much corals rely on other bacteria, as per Science Alert.

Coral microbiomes may be upset by changes in their environment, just like the delicate balance of bacteria in our guts: ocean acidification, marine warming, bleaching episodes, and other stressors, the majority of which are caused by anthropogenic climate change and other human activities.

Coral spawning happens annually in the Sea Simulator facility, giving scientists the chance to conduct studies on the coral larvae.

When the coral species A. tenuis and P. daedalea sprouted in late 2021, the project’s first test took place.

Following fertilization, the recruits larvae that settled at the bottom of the tanks were exposed to several probiotic bacteria strains in a controlled environment.

The researchers next looked at their development, the density of their symbionts (both algae and bacteria), their immunological responses, and their microbiome, particularly after the probiotic was removed.

According to Hoj, the next trial will look at the probiotic’s long-term impacts on lab-grown corals as they age, as well as its potential for enhancing the coral’s resistance to stress.

The researchers will also look at other delivery methods for the probiotic to young corals – it’s not as easy as ingesting a pill with breakfast.

This discovery, according to Hoj, might one day lead to probiotics for use in natural reef environments, while doubts remain about how viable this is.

However, the probiotics now being developed are exclusively for use in laboratory and aquaculture, and only for GBR species.

On Australia’s northeast coast, the Great Barrier Reef is a location of incredible diversity and beauty.

It has the world’s greatest collection of coral reefs, with 400 different varieties of coral, 1,500 different fish species, and 4,000 different mollusk species.

It is also of significant scientific significance since it is home to endangered animals such as the dugong (sea cow) and the giant green turtle, as per UNESCO.

The Great Barrier Reef is a globally significant and exceptional entity as the world’s largest coral reef ecosystem.

In 1981, the whole ecosystem was declared a UNESCO World Heritage Site, comprising 348,000 square kilometers and spanning a continuous latitudinal range of 14o (10oS to 24oS).

Within the GBR, there are about 900 islands and 2,500 distinct reefs of all sizes and forms, ranging from little sandy cays to massive craggy continental islands reaching over 1,100 meters above sea level in one case.

These landscapes and seascapes combine to create some of the most breathtaking marine scenery on the planet.

The latitudinal and cross-shelf variety, as well as diversity in the water column depths, provide a globally unique array of biological groups, habitats, and species.

The GBR is one of the richest and most complicated natural ecosystems on the planet because of its diversity of species and habitats, as well as its interconnectedness.

Scott Horton Speech on the History Behind the Russia-Ukraine Crisis SLC, Utah 2/26/22

What to Know in Washington: Senators Reach Tentative Gun Deal

Scientists Study the Impact of the Deep Sea Mining on Oceans