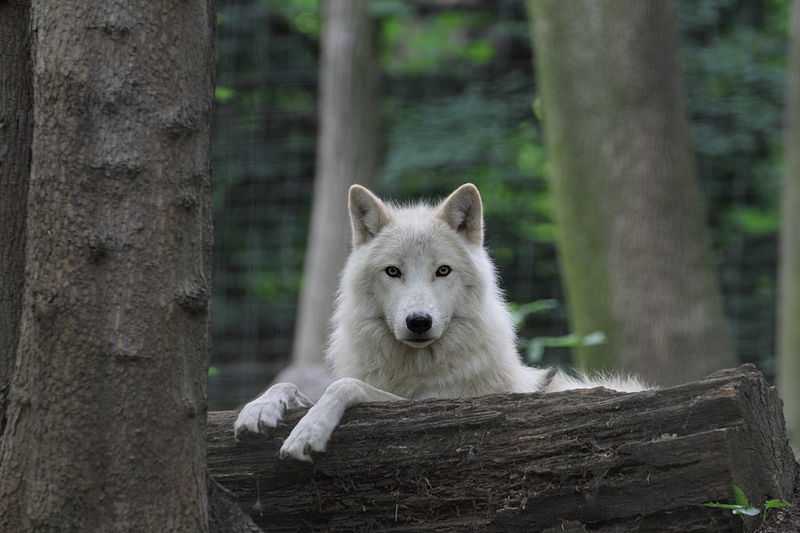 Researchers from China claim to have successfully cloned an Arctic wolf using a contentious method of animal cloning that some believe could one day prevent the extinction of certain species.

On September 19, Sinogene Biotechnology, a Beijing-based company, announced the discovery of a cloned wolf 100 days after its lab birth. According to The Global Times, a state-run Chinese media, the cloning of the Arctic wolf is the first case of this kind worldwide.

Somatic cell nuclear transfer (SCNT), a cloning technique, has been used to create clones of animals in the past, most notably Dolly the sheep, which was created in Scotland in 1996 and revealed the following year.

SCNT entails removing the nucleus of a donor cell from an animal’s body and inserting it inside an egg cell that has had its chromosomes removed. The egg then turns into an embryo after being fertilized by this reprogrammed nucleus.

This is then inserted into a host animal, which carries the fetus to term and develops the embryo into an animal that will be a perfect clone of the original specimen where the donor nucleus was taken.

SCNT has occasionally caused controversy, particularly when it comes to human cloning, which raises social, ethical, and legal concerns. A 2006 study found that many SCNT-produced clones at the time had developed improperly, and some of those who had survived birth had health problems like early aging, premature death, and tumors.

The Roslin Institute, which cloned Dolly the sheep, said that she survived and lived a relatively normal life in captivity, but at the age of six, she passed away in 2003 from lung tumors.

According to the reports, the Arctic wolf that was cloned in China, named Maya, is said to be in good health. Although its surrogate mother was a beagle dog, its donor cell came from a wild female Arctic wolf. This choice was made because dogs and wolves share a common genetic ancestor, increasing the likelihood that the technique will be successful.

Though it is anticipated that the wolf will be brought to the Harbin Polarland amusement park in Heilongjiang Province, China. The wolf will be on display to the public. Currently, a beagle and a cloned wolf live together in a Sinogene lab in Xuzhou, eastern China.

Read also: Rise of Cloning: Reasons on Why Cloning Is Finally Happening Around the World

The wolf will initially live alone because she might not be able to adapt to or interact normally with Arctic wolf packs.

According to Gao Wei, the deputy manager of the Beijing Wildlife Park, the technique provides a chance to artificially preserve endangered species. The technique is still in its early stages, according to Sun Quanhui, a scientist with the World Animal Protection organization, and there are still technical and moral concerns that need to be resolved.

Even though Maya’s birth went smoothly, it wasn’t the first attempt. 85 of the 137 embryos that the researchers had created were implanted into seven beagles.

Although another cloned Arctic wolf is scheduled to be delivered on September 22, according to Zhao Jianping, the deputy general manager of Sinogene Biotechnology, one of the attempts led to the birth of Maya, Newsweek reports.