The appearance of rare birds is an ‘undeniable sign’ that a climate emergency has reached Britain. Birds like the European bee-eater found in Norfolk are projected to become permanent visitors due to global warming. 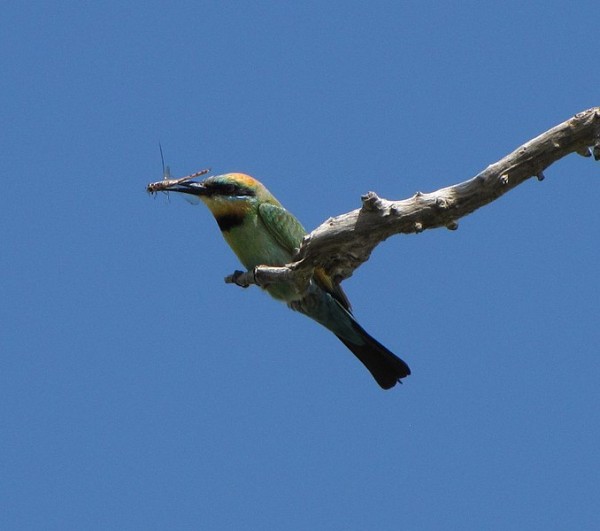 According to environmentalists, rainbow-hued bee-eaters breeding on the Norfolk coast this summer and three rare black-winged stilt fledglings in Yorkshire are an “unmissable warning” that the nature and climate emergency has reached Britain.

Birdwatchers are going to north-east Norfolk to view European bee-eaters, a colorful uncommon visitor from Africa and southern Europe, after a local birder sighted seven birds near Cromer.

Several bee-eaters have been digging nest tunnels in a tiny sand quarry near Trimingham, boosting hopes that they may breed successfully.

Bee-eaters did not breed in Britain between 1956 and 2001, but this is the sixth attempt this century, with birds breeding in County Durham in 2002, Herefordshire in 2002, the Isle of Wight in 2014, Cumbria in 2015, and Nottinghamshire in 2017, when quarry nests failed due to adverse weather.

“These seven bee-eaters are undoubtedly the most colorful and fascinating birds you can see in the UK right now,” RSPB’s Mark Thomas remarked. “While this is a beautiful sight, we must remember that the appearance of these birds on our coasts is due to changes in our climate and the resulting stresses on wildlife both here and throughout the world.”

“Pulled north by climate change, these exotic birds will most likely become established summer visitors in the future, having provided an early and unmistakable indicator in the last two decades that the environment and climate emergency has reached our shores.”

The starling-sized bee-eaters have red backs, blue bellies, and yellow throats and may be observed catching bees, dragonflies, and other flying insects in mid-air.

Three black-winged stilts fledged this week from what is thought to be the most northerly nest in Britain for a wading species that is rare in this country and does not breed here every year at Potteric Carr nature reserve in Doncaster.

Yorkshire Wildlife Trust’s Danny Heptinstall, head of strategy and partnerships, stressed that nature-rich areas must be safeguarded and restored on a wide enough scale to allow species driven north by global warming to find sanctuary in Britain.

“The only reason we have black-winged stilts reproducing at Potteric Carr is that we have a wonderful landscape-scale nature reserve of a few hundred hectares with plans to expand it.” “These animals will have nowhere to go if we don’t provide habitat for them in the UK,” said Heptinstall.

“It’s encouraging, thrilling, and a fantastic validation of the work we’ve been doing at Potteric Carr, but it’s also a wake-up call.” The other side of the coin is what we are losing simultaneously. Yorkshire is concerned about its seabird populations, including kittiwakes, fulmars, and puffins.”

24 of the UK’s 25 breeding seabird species have red or amber classification on the birds of conservation concern list, indicating that they are threatened with local extinction. As sea temperatures increase, fish populations migrate north or vanish, lowering the nesting success of seabirds further south and forcing species to migrate to where there is food.

The RSPB and the North-East Norfolk Bird Club have built a car park and viewing facility in a big grass field off Gimingham Road near Trimingham so that visitors do not interrupt the bee-eaters’ nesting efforts.

Effort to send ambulances to Ukraine continues to grow