Mandatory evacuation orders have been issued by local authorities, as a wildland fire is growing in size at the Angeles National Forest in Southern California.

Members of the law enforcement are reportedly conducting a door-to-door approach to impose the measure as the wildfire threatens the Desert Front Road and Wild Horse Canyon.

Under the evacuation mandate, people in residential and commercial properties are required to vacate their establishments.

The latest developments show several road closures have been made.

Furthermore, investigation is underway to determine the cause of the fire, which started on the evening of Saturday, June 11.

Road traffic disruption has occurred already as some roads became impassable due to the recent security measures.

While the wildfire is reaching populated areas, there were no immediate reports of casualties from the blaze. 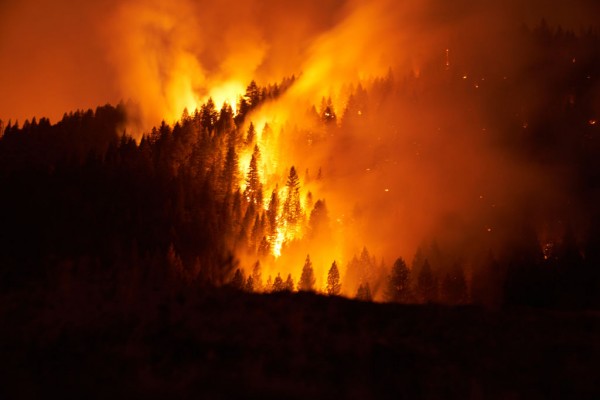 The ongoing wildfire in Southern California has been dubbed as the “Sheep Fire,” which burnt a total land area of 775 acres and is still under 5% containment as of the afternoon of Sunday, June 12, according to InciWeb, an interagency incident information system owned by the United States government.

Road closures were reported from Highway 138 to Lone Pine, Highway 2, as well as a portion of State Route 2.

The US summer season from June could see a “concerning start,” according to Robert Garcia, the fire chief of the US Forest Service for the Angeles National Forest, who told CNN last week.

Garcia added that fire restrictions are already in place in the area and these measures are expected to expand int the coming months.

This is possible as the summer usually lasts until August each year.

In May, the Climate Prediction Center (CPC), a part of the National Oceanic and Atmospheric Administration (NOAA), has issued a 90-day outlook for the months of June, July, August.

Based on the on the outlook, this year’s summer season will consist of hot weather and above-average temperatures.

Wildfires are common in the drought-stricken region of Southwest US, which includes Southern California.

Over the past decade, wildland fires have increased in frequency across the state, aggravated by prolonged drought, extreme heat, and fire weather conditions.

The State of California reported that 2021 fire incidents led to an estimated 2.5 million acres of burnt land, 3,600 damaged or destroyed structure, and three deaths with almost 9,000 incidents occurred.

The wildfires occurred at a time when there was an ongoing drought with record-breaking low rainfall and low reservoir levels.

The name of the wildland fires were commonly derived from their place of origin.

Not Even Past History, Russia, Ukraine & Europe

Grand-Offspring: Lifestyle and External Events of Your Grandparents Could Still Alter Your Genes [Study]