Steve Clarke admits Scotland’s dispiriting Nations League defeat by Republic of Ireland was “a little bit of a head scratcher” as he prepares to face Armenia.

The Tartan Army had hoped the 2-0 home win over Tuesday’s opponents in their opening Group B1 game had got Scotland back on track following their World Cup play-off loss to Ukraine, but it was a comfortable 3-0 win for the Irish on Saturday. 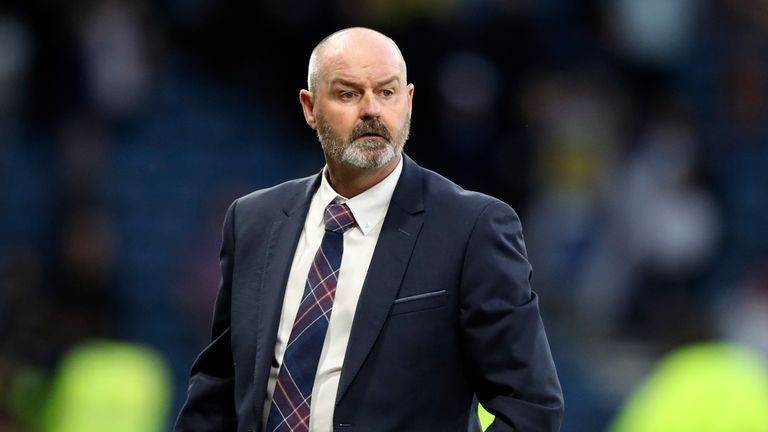 Scotland manager Steve Clarke is not paying much attention to criticism in the wake of the defeat to Ireland, insisting he is fully focused on their upcoming Nations League match against Armenia

Speaking at a press conference from Ireland, Clarke initially responded to a question about Scotland’s performance in Dublin by saying: “Ireland played better on the day”.

When asked later why the performance had regressed from the Armenia game, he said: “The million-dollar question, I don’t know.

“Football is a strange game at times.

“Sometimes you get a result that you don’t really expect.

“Probably the reaction to the game on Saturday is as much a case of, ‘where did that come from?’

“It was a little bit of a head scratcher.

“Obviously disappointing on Saturday. We will focus on the next game, Armenia.

“As we always do we will get together as a group, speak about things, show some things on video and try to get them on the training pitch and moving again for the next game.”

The former West Brom and Kilmarnock boss was also questioned about the criticism he and his team received after the defeat in Dublin and against Ukraine.

He said: “People can write and say what they want. There is nothing I can do to control that, the most important thing is what we do next.”

Clarke refused to attach added importance to the game against Armenia, despite a double-header against group leaders Ukraine looming in the September fixtures.

“I don’t think there is any more pressure on this game than there would be normally.

“It is important in the context of the Nations League because we want to go to the September games with a realistic chance of topping the group so it is important from that point of view.

“As long as we get one more than the opposition that will be enough to get three points and that’s what we will aim to do.” 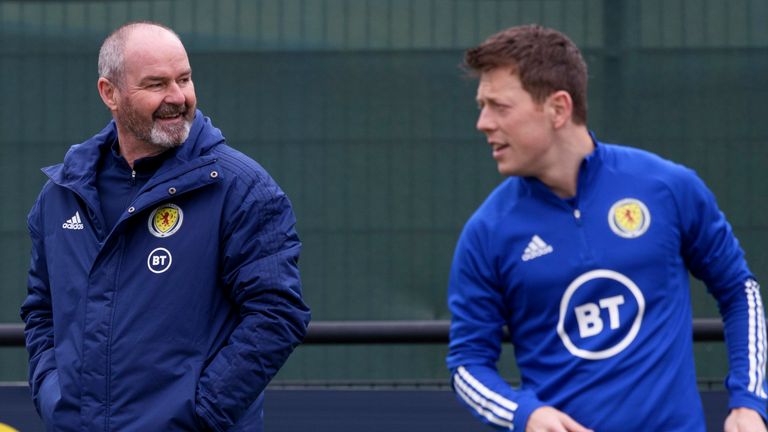 Scotland midfielder Callum McGregor insists the players are behind Steve Clarke, saying those calling for the manager to be sacked have short memories

Callum McGregor insists Scotland must “stand together” and “trust” manager Steve Clarke as they prepare to face Armenia in the wake of their Nations League defeat to Ireland.

“The manager has done a lot of good work with this group of players, so it’s important now that we trust him and stand behind him,” the midfielder said.

“Look at where the national team was when he came in. He’s made a huge impact, getting us to the first tournament in 23 years and a play-off semi-final, which is the closest we’ve been to a World Cup for many, many years as well.

“There’s a building process in place. By no means are we the finished article or do we think that we have arrived. There’s a lot of work to be done and the players and staff all understand that.

“It’s about trying to learn from it, the small details. We have to stick together when we come under criticism. That’s the time when you stand together as a group.

“Of course there is big pressure off the back of a disappointing performance. Everyone looks at the next one [and asks] ‘right what are they going to do? Will they fold or come back strong?’ We have to give a positive performance and find a positive result.

“We have to show everyone we are hurt by what happened at the weekend.”

Steve Clarke has “significant doubts” in terms of fitness but would not go into detail, simply saying there would be “some rotation”.

Leeds United defender Liam Cooper and goalkeeper Zander Clarke both left the squad prior to the weekend to get married to their partners.

Armenia made eight changes for Saturday’s 3-0 defeat by Ukraine in Poland, with captain Varazdat Haroyan among those rested and Eduard Spertsyan missing. 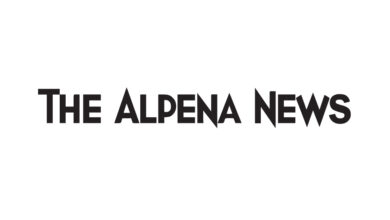