Tornado sirens wailed in one of the country’s major cities Monday evening, heralding the start of a long, stormy night throughout the Midwest and Ohio Valley.

The Windy City was hammered by storms that released torrential rain, high gusts, and the possibility for a tornado during a week when Chicago was also coping with scorching temperatures.

The National Weather Service plans to undertake damage inspections on Tuesday to determine whether or not a tornado struck. 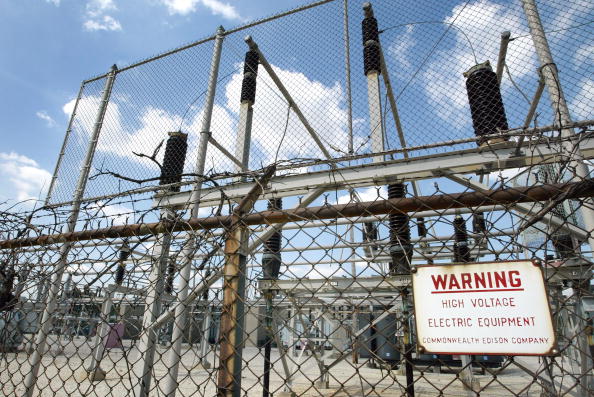 Winds gusted to 84 miles per hour at Chicago O’Hare Airport, causing a slew of problems for travelers and personnel, as per Accuweather.

A short time later, the all-clear was given, while severe gusts of up to 80 mph were observed blowing across La Grange Park, Brookfield, and Riverside.

According to FlightAware, about 400 flights out of Chicago O’Hare were delayed Monday due to the extreme weather.

Thousands of baseball spectators at Wigley Field for the Chicago Cubs game against the San Diego Padres on Monday evening had to flee for their lives as the tornado-warned storm neared.

The tornado-warned storm that rumbled over Chicago on Monday night and into Tuesday morning was one of several spanning the Midwest, Ohio Valley, and mid-Atlantic.

The greatest gust was recorded in Fort Wayne, Indiana, at 98 miles per hour.

ComEd customers were left in the dark Monday evening as strong storms ripped through the Chicago region, destroying buildings, shutting down roads, and causing many to seek refuge, as per NBC Chicago.

According to ComEd’s online outage map, there were more than 990 outages recorded across the region as of 10:46 p.m., affecting more than 67,000 consumers.

The western suburbs were particularly badly struck, with an estimated 19,000 individuals without power in Maywood, Broadview, and Westchester.

Thousands of people in Elgin, Roselle, Schaumburg, Mount Prospect, and Elmhurst were also without power.

Due to the likelihood of severe weather, ComEd increased employees and closely monitored conditions early Monday.

Pike County in southern Ohio, for example, had more than half of its customers without power by late Monday afternoon.

Cincinnati was one of the cities impacted by the storms, with views throughout the region appearing bleak before the rain began on Monday.

With heat and humidity developing over the area through midweek, long-term outages may become a concern.

Heat advisories are in effect in the same places where hundreds of thousands of people are still without electricity.

Power outages are one of the most serious consequences of severe storms, especially considering the extreme heat that has gripped most of the country.

On Tuesday, most of the affected areas are likely to reach high temperatures in the 90s, maybe even 100s, due to a shortage of air conditioning.