The ultra-stiff flexible fibers of mistletoe viscin, which adhere to both skin and cartilage, as well as various synthetic materials, could have a range of biomedical and non-biomedical applications, according to researchers from McGill University and the Max Planck Institute of Colloids and Interfaces.

Each mistletoe berry may produce up to two meters of viscin, a sticky thread. It enables the parasitic plant’s seeds to adhere to and infect host plants.

Mistletoe berries have been used to cure anything from infertility to epilepsy to cancer since ancient times.

However, no one has adequately studied the glue’s potential medicinal or technical applications. 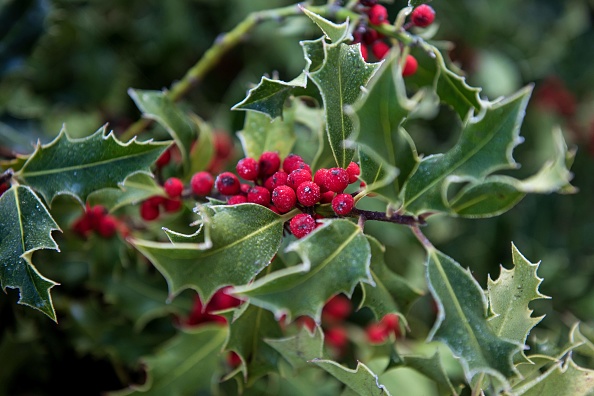 A plant with uncommon characteristics

The researchers discovered that viscin fibers, which cling to themselves as well as other materials, may be stretched into thin films or constructed into 3D structures using simple wet processing, as per ScienceDaily.

They believed that viscin might be employed as a wound sealer or skin covering in the future.

The capacity of flexible viscin fibers to attach to things is totally reversible under humid circumstances, which makes them an intriguing material.

According to Nils Horbelt, a recently graduated Ph.D. student at the Max Planck Institute, and the paper’s first author, he put a thin film of viscin on his skin for three days to test its adhesive properties and was able to wipe it off with his fingertips by rubbing them together.

The researchers’ next aim is to learn more about the chemistry behind this swellable, very sticky substance so they can reproduce the procedure.

The fact that viscin can stick to wood, skin, and feathers may be evolutionarily important, said Matthew Harrington, a senior author on the work and an assistant professor in McGill University’s Department of Chemistry.

According to Harrington, however, there are numerous unanswered issues concerning this strange substance.

Adhesion to certain synthetic surfaces, such as plastics, glass, and metal alloys, is more difficult to explain from an adaptation standpoint.

So, viscin might just represent really diverse adhesion chemistry, which is why it’s so fascinating to investigate what’s going on chemically.

Mistletoe is a parasitic plant that belongs to the Loranthaceae, Misodendraceae, and Santalaceae families, notably the genera Viscum, Phoradendron, and Arceuthobium (all of which are members of the family Santalaceae).

Mistletoes parasitize a wide range of animals, and some species even parasitize other mistletoes, which are parasitic on their own hosts, as per Britannica.

They are pests of a variety of ornamental, timber, and crop trees, causing aberrant growths known as “witches’ brooms,” which distort the branches and reduce the host’s reproductive potential.

Some species are related to the festive practice of kissing and are used as Christmas decorations.

The burning of bonfires is still related to the midsummer collecting of mistletoe in various regions of Europe, a vestige of sacrifice rites performed by ancient priests, the Druids.

Mistletoe was traditionally thought to have both magical and therapeutic capabilities.

Later, the custom of kissing beneath the mistletoe emerged in England (and, later, in the United States), an activity that was originally thought to invariably lead to marriage.

Because most mistletoes are evergreen and simple to find and harvest after their deciduous hosts lose their leaves in late fall and winter, they are frequently utilized as festive decorations during Christmastime, particularly in the Northern Hemisphere.

Related article: Valentine’s 2021: The Dark History of Rose as Symbol of Love