A recent study finds that there are over three million shipwrecks on sea bottoms throughout the world, many of which are built of wood, and these sunken wooden islands are proving to be a flourishing breeding environment for deep-sea bacteria.

Most of them will never be discovered, but searchers have begun unearthing even the oldest and deepest wrecks since the 2010s. 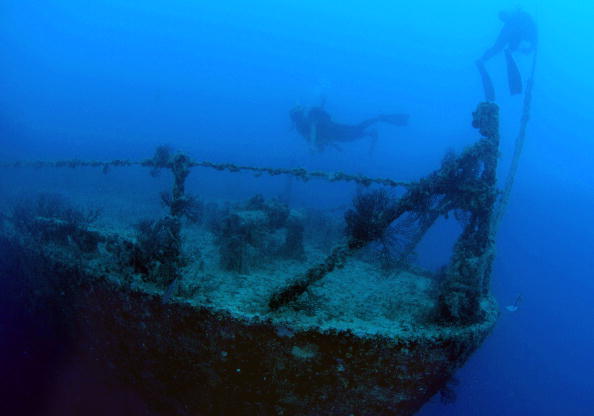 According to scientists, these man-made structures have a significant influence on the sensitive organisms at the ocean’s bottom, to a degree that has not before been recognized.

Deep sea bacteria living on buried shipwrecks are at the bottom of the undersea food chain, so changes to them may have an impact on other marine species – and, eventually, anything living on land.

According to Leila Hamdan, a molecular microbial ecologist at the University of Southern Mississippi, microbial communities are crucial to be aware of and understand because they give early and obvious evidence of how human activities impact life in the ocean.

Hamdan and his colleagues chose two 19th-century shipwreck sites in the Gulf of Mexico for their investigation. They placed pine and oak blocks around the locations, up to 200 meters (656 feet) away, and left the material there for four months.

After that, the wooden blocks were collected and tested for bacteria, archaea, and fungus. Microbial diversity varied according to distance from the crash sites, peaking at around 125 meters (410 ft).

The kind of wood also made a difference, with oak being more beneficial to microbial biodiversity than pine.

Natural hard habitats, such as trees that have fallen into rivers and seas, are already well recognized for impacting the richness of the water into which they fall. This study demonstrates that human-caused shipwrecks have an impact on microbial life beneath the sea.

“Ultimately, these biofilms are what allow harsh ecosystems to evolve into islands of biodiversity,” Hamdan explains, as per Science Alert.

Overall, the presence of the shipwrecks boosted microbial richness in the surrounding water and affected the composition and distribution patterns of the biofilms containing bacteria, according to the researchers.

Although further study is needed to explore the phenomena at a wider range of sites, these preliminary findings indicate that shipwrecks are an essential factor in underwater biodiversity.

The researchers behind this recent study believe that other man-made structures, such as oil rigs, may have a similar influence on deep sea microbiomes, and that further research is needed to find out details.

While we are aware that human influences on the bottom are expanding due to various economic applications, scientific discovery is not keeping up with how this alters the biology and chemistry of natural undersea environments, according to Hamdan.

Why more shipwrecks being discovered?

Shipwreck hunting has grown more profitable for a handful of reasons, according to David L. Mearns, author of The Shipwreck Hunter: A Lifetime of Extraordinary Discoveries on the Ocean Floor.

For starters, records all across the world have been digitized and are thus more easily accessible.

Second, underwater remote technology has improved to the point where the actual labor of searching for wrecks is considerably more efficient.

The wreck of Ernest Shackleton’s Antarctic expedition ship Endurance has discovered in March 2022 thanks to the deployment of cutting-edge technology and a search craft capable of slapping away ice with ease that Shackleton could only dream of in 1915.

The SA Agulhas, constructed in 2012 to feed South Africa’s Antarctic outposts, was well fitted to battle its way through the infamously difficult sea ice of the Weddell Sea, where Endurance had been crushed 107 years previously.