Giant dwarf crocodiles have been found by scientists to be a new species of reptiles that lived from the Miocene period and late Cenozoic in East Africa, particularly in present-day Kenya between 18 million and 15 million years ago.

However, they were believed to be extremely ferocious and have hunted ancient humans, who will be our ancestors along the evolutionary line.

Previous studies suggested that humans also encountered other large predators such as prehistoric giant birds and leopards in Africa.

However, the said crocodile species were incomparable to other predators that humans have ever faced. 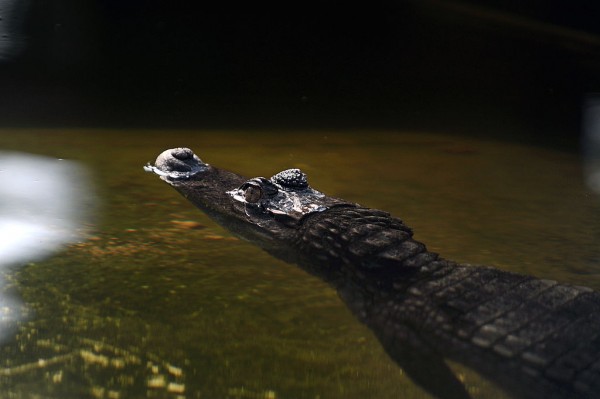 The new paper was published in the journal The Anatomical Record on June 8, wherein researchers from the University of Iowa led the study to discover two new crocodile species named Kinyang mabokoensis and Kinyang tchernovi, which could grow up to 12 feet long.

The said ancient crocodile species were far greater in terms of size and capabilities compared to their modern cousins called dwarf crocodiles, which can still be found in Central Africa and West Africa.

The modern version of the ancient predators rarely exceed four or five feet.

Christopher Brochu, a professor at Iowa University and a lead author of the study, stated the giant dwarf crocodiles were the largest predators that ancient humans have encountered, as cited by Phys.org.

The Iowa university professor postulated that the giant crocodiles lived in the East Africa Rift Valley, which a portion of it is under Kenya.

15 million years ago, the crocodiles disappeared likely due to climate change, which led to decreased rainfall and forest retreat.

The landscape then transformed into grasslands and mixed savanna woodlands, which the predators did not prefer, the professor added.

In June 2016, a separate study published in the journal Cretaceous Research discovered that the largest prehistoric sea-dwelling crocodile 130 million years ago was found in a region of what is now located in the Tunisian desert in North Africa.

The researchers claimed the prehistoric marine crocodile was unknown to the scientific community before and was finally found in a rarely explored area in southern Tunisia.

The 2016 discovery confirmed previous evidence that North Africa, or the region where the Sahara Desert is situated, was once submerged in water.

In modern times, freshwater crocodiles are the largest reptile species in the world.

In Africa, the descendants of the giant dwarf crocodiles have an approximate population of 25,000 to 100,000 and has been placed by the International Union for Conservation of Nature (IUCN) under its so-called Red List of Threatened Species.

Why Are All Eyes on Ukraine Yet Yemen Gets Ignored? | Ft. Prof. Marandi