Extreme weather wreaked havoc in several parts of the United States as of Tuesday, June 14, several days ahead of the official start of the summer season.

Intense heat in the Central US has affected over 125 million people who have been under heat warnings.

In addition, massive flooding occurred at the Yellowstone National Park and its surrounding areas.

The continuance of the severe storms in the Midwest left hundreds of thousands of power outages.

The US is currently in the hurricane season, which spans from June to November. There have been no reported hurricanes or named storms yet to have struck the country.

However, previous forecast indicates that the La Niña weather phenomenon could affect the said season, especially in terms of rainfall and heat. 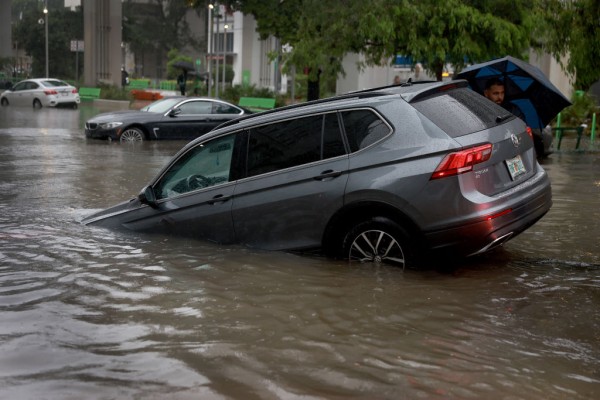 The US endured a multitude of weather hazards on Monday predicted through several weather warnings, alerts, and watches issued by US meteorologists over recent days.

Severe thunderstorms struck the Midwest, flash floods submerged Montana, and tornado warnings threatened Chicago within a 24-hour timeframe, according to CNN. In addition, the said weather events affected many American communities in various cities and towns.

Also Read: Blackouts Possible This US Summer Season Due to Heat and Extreme Weather: NERC Warns

The Weather Prediction Center (WPC) of the National Weather Service (NWS) on Tuesday, June 14, issued a new weather advisory that the mentioned events could continue from Wednesday to Friday, June 15 to June 17.

According to the NWS, the severe weather may move into the Upper Midwest before heading to the Lower Great Lakes and even the Mid-Atlantic, Southeast US, or Central Gulf Coast.

Excessive rainfall could also affect the Mid-Atlantic or Central Appalachians before hitting the Middle Mississippi Valley.

Previously forecasted to become a “derecho storm,” the severe weather in the Midwest has led to a total of nearly 500,000 power outages, affecting 620,000 customers.

CNN reported that the storm system brought strong winds and rain in western Ohio, northern Indiana, and Michigan, with Fort Wayne, Indiana, recording wind gusts of up to 98 miles per hour.

The NWS emphasized that large hail, damaging winds, and tornadoes are possible due to the severe thunderstorms.

Scorching temperatures from the drought-stricken Southwest US have reportedly shifted to the Central US, affecting millions of people.

The following cities under heat advisories:

The NWS warned that the extreme heat will continue to move in a northeastward direction, toward the Upper Mississippi Valley, Ohio Valley, and western Great Lakes.

To avoid heat-related illnesses or even deaths, some educational institutions in Michigan, Minnesota, and Wisconsin announced the temporary suspension of classes until next week.

This comes following the issuance of excessive heat forecasts.

Related Article: Extreme Weather Endangers At Least 30 Million People in the Southern US

Risk, Resilience, and the Role of School Connectedness in the Development of Adolescents in Vocational Education Training Institutions in Donetsk and Luhansk oblasts - Ukraine