An elephant crushed a 70-year-old woman to death in the Mayurbhanj district of Odisha, India, on Thursday, June 9.

However, the story does not end there as the tusked animal returned a few hours later to trample and toss the woman’s corpse during her funeral.

The elephant was never seen again after fleeing following its second attack.

The incident added to the increasing number of cases of elephant attacks in Odisha and across India, where multiple research attributed that the violent behavior was due to human encroachment in elephant territory.

Other research pointed out that such attacks are sex-driven during the elephant mating season. 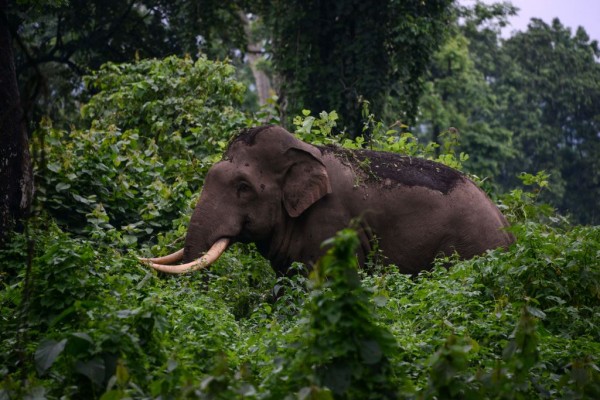 The old woman named Maya Murmu was collecting water from a well in the Raipal village when the unprecedented animal attack occurred, according to local authorities, as cited by The Print, India’s digital platform.

The woman sustained injuries and died after being sent to the hospital.

The authorities on Saturday reportedly confirmed that the elephant returned during the funeral of the woman only to take her corpse from the pyre.

Also Read: Saudi Tourist ‘Killed on the Spot’ After Aggressive Elephant Trampled Him on Safari

Human-wildlife conflict has increased for many years as the expansion of human settlements and agricultural lands have destroyed and continues to threaten the natural habitats of wild animals in various ecosystems.

In this conflict, elephants’ attacks are one of the most notable phenomena that poses a great risk to humans.

India has witnessed these attacks to become a commonplace over the decades, wherein multiple reports claimed dozens of fatalities annually in recent years.

Odisha has the highest number of deaths from elephant attacks, reaching 589 between 2014 and 2020, according to a data provided by the Ministry of Environment and Forest, as cited by the Times of India.

Odisha is followed by West Bengal with 526 deaths, Jharkhand with 480, and Assam with 479.

The total number of nationwide fatalities from such attacks were 3,310 from the said period.

In a research paper published in the Chinese Journal of Traumatology in November 2021, scientists used the term human-elephant conflict (HEC) in India to portray as a “growing health problem” since it causes a large number of deaths each year.

The scientists said injuries or deaths can come from an elephant’s stomping, trampling, squeezing, tossing, or even crushing the chest and head of a person.

Most aggressive behavior affect adult elephants during their mating season, which occurs when females are in heat in the later part of the rainy season.

The rainy or wet season in India, also called the summer monsoon season or southwest monsoon, spans from June to September each year.

While an explanation for elephant attacks have been provided, the case of the killed Odisha woman has been considered as an unprovoked attack.

John Cena Surprises a Ukraine Teen With Down Syndrome

US vs UK McDonald's | Food Wars