A vile-smelling, ravenous bug that is already commonplace could expand even more as a result of climate change.

Overall, stink bug-friendly circumstances are projected to shift northward, according to researchers. 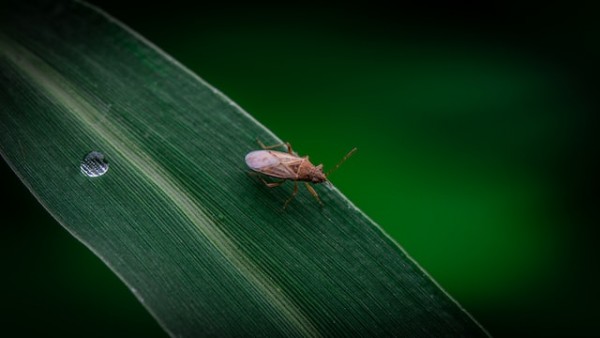 According to recent modeling research, the amount of acceptable habitat for such brown marmorated stink bugs in the United States could grow by 70% because of changing weather, as per ScienceDaily.

The environmental factors in each location, as well as any potential control methods, will determine whether insects survive and thrive in new environments.

All in all, the researchers indicated that stink bug-friendly circumstances are probably shifting to the north.

The Mid-Atlantic, the Great Lakes region, and the valleys of the West Coast, including the Sacramento Valley in California and the Treasure Valley in Idaho, may be most impacted.

As a generalist herbivore, the brown marmorated stink bug is reported to eat almost 170 different plants, including both agricultural plants and ornamental plants.

This type of stink bug, which originated in Asia, debuted in the United States roughly 20 years ago and since then has expanded from coast to coast.

Because brown marmorated stink bugs prefer to spend the winter indoors, homeowners may recognize them.

The study discovered that although proximity to populated regions seemed to aid in the insects’ establishment in new locations, once they were established, they did not need human contact to multiply.

For their abundance, other elements, such as the availability of water, were more important.

Inside stink bug eggs, wasps lay their eggs. In addition to destroying the damaged eggs, this also feeds other growing stink bugs whenever the wasp larvae hatch.

Such actions could limit or avoid the spread of stink bugs to new places.

Also Read: Millions of Large Invasive Spiders From Asia Have Spun Their Web All Over North Georgia

To keep stink bugs out of houses and other structures, fill in any cracks around windows, doors, siding, utility pipes, chimneys, and other openings, as per Pest world.

Make use of silicone or silicone-latex caulk of good quality.

Doors and windows with damaged screens need to be fixed or replaced. Change the external lighting to less appealing yellow bulbs or sodium vapor lights since light attracts stink bugs.

A vacuum cleaner can help with in removal of live or dead stink bugs if you’re trying to figure out how to get rid of stink bugs that have already invaded a home or building.

To stop the stink from spreading throughout the area, the bag must be thrown away.

It is advisable to separate the damaged area or rooms by sealing the bugs out after stink bugs have infiltrated the building.

A certified pest control specialist should be contacted to inspect and assess the issue if such an infestation has grown inside the house or structure.

A professional could also pre-treat for stink bugs in the late summer or early fall just before the pests congregate.

Related Article: Controlling Stinkbugs With Their Own Stink