According to the first research to describe the yearly movement of an individual animal from an extinct species, a traveling male mastodon perished in a fierce mating-season conflict with a competitor in what is now northeast Indiana, about 100 miles from his home region.

Discovery of Mastodon on migration 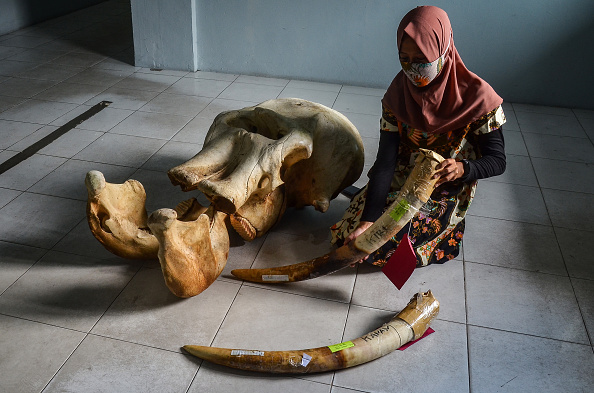 The research’s first author, University of Cincinnati paleoecologist Joshua Miller, said that the outcome that is unique to this study is that they have been able to document the yearly overland migration of an individual from an extinct species for the first time, as per ScienceDaily.

Scientists were able to show that huge male mastodons like Buesching traveled to the mating grounds every year using novel modeling approaches and a robust geochemical toolset.

He cut a thin, longitudinal chunk from the middle of the animal’s 9.5-foot right tusk, which is longer and more thoroughly preserved than the left.

The new isotopic and life-history studies were performed on that slab, allowing scientists to recreate shifting patterns of landscape usage over two important periods: adolescence and maturity.

According to the researchers, the Buesching mastodon perished at the age of 34 in a conflict over mate access.

The structure and composition of the tusk captured and recorded the animal’s growth and development, as well as its history of changing land use and changing behavior, according to Fisher, a professor of earth and environmental sciences, an ecology and evolutionary biology professor, and a curator at the University of Michigan Museum of Paleontology.

Also Read: Humans Not to Blame for Mastodon Extinction

Mastodons and other big animals’ reproductive success was likely dependent on migration and other types of seasonally regulated terrain usage in severe Pleistocene temperatures, as per SciTechDaily.

According to the current study, nothing is known about how their geographic ranges and movement fluctuated seasonally or altered with sexual maturation.

However, tools for analyzing the ratios of various forms of the element’s strontium and oxygen in ancient tusks are assisting scientists in unlocking some of those mysteries.

Mastodons, mammoths, and contemporary elephants are proboscideans, which are enormous, flexible-trunked animals with lengthened upper incisor teeth that erupt as tusks from their heads.

Each year of the animal’s existence, new growth layers are put down on top of the existing ones.

A tusk’s annual growth layers are similar to a tree’s annual rings, with the exception that each new tusk layer forms in the center, whereas new growth in trees happens in a layer of cells adjacent to the bark.

Mastodons ate trees and bushes and were herbivores.

Chemical ingredients in their food and drinking water, particularly the beautifully tapering, ever-growing tusks, were absorbed into their body tissues as they grew.

The isotopic data from the tusks were then fed into Miller and his colleagues’ spatially explicit movement model.

The model allowed the researchers to calculate how far the animal was going and the likelihood of movement between possible places, which had previously been unavailable in investigations of extinct-animal migrations.

Strontium isotope geochemistry is a rapidly growing area in paleontology, archaeology, historical ecology, and even forensic biology, according to Miller.

The next phase in Fisher and Miller’s mastodon study will be to examine the tusks of a different specimen, possibly a male or a female.

Digitizing Ukraine Records Before and During the War - Project Ukraine

White Plague Disease: Insights on How Coral Immune System Responds To Such Threat