Cheatgrass, an invading annual grass species that has spread over Nevada rangelands, is to blame for much of the region’s rising wildfire risk.

Scientists at the University of Nevada, Reno, have determined that fire hazards may be decreased by using targeted livestock grazing during the dormant growth season and luring the cattle with protein feed supplement stations. 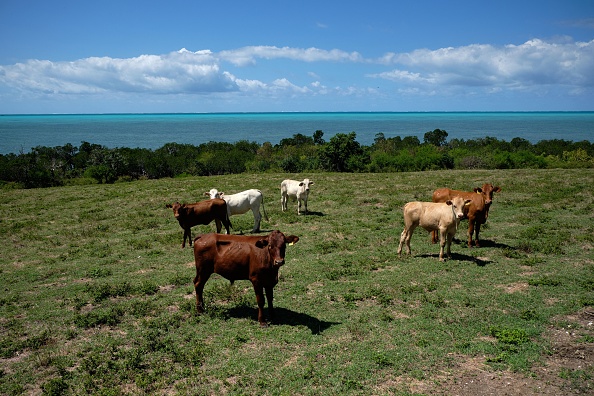 According to Barry Perryman, professor of rangeland sciences at the University of Nevada, Reno, “Research shows that protein feed supplements in the fall and early winter can attract cattle to areas dominated by cheatgrass, greatly reducing the hanging fine-fuel organic matter by even more than 50% while allowing native grasses to grow,” via ScienceDaily.

Other studies have shown that grazing during the dormant season helps decrease cheatgrass dominance, and the new study adds to that evidence.

Invasive annual grasses have been, and will, continue to be one of the largest ecological challenges to ecosystems in the Intermountain West.

Cheatgrass is the ecologically dominating plant over more than 20% of the sagebrush steppe, covering an estimated 11,000 square miles of the Great Basin.

According to a study published in Elsevier’s journal Rangeland Ecology and Management, strategic supplementation is a useful technique for targeting cattle grazing at specific regions within cheatgrass-invaded systems to prevent fine fuel building during the dormant season.

From 2014 to 2017, Perryman and his colleagues employed liquid protein supplements on a production scale working ranch with a herd size ranging from 650 to 1,200 cattle in October and November.

After cultivation stopped in the late 1970s, the study pasture was a combination of rangeland and abandoned cropland extensively infested with cheatgrass.

Cheatgrass dominated the vegetation on the site, with greasewood and cheatgrass coexisting in certain sections.

Why is Cheatgrass bad?

Cheatgrass, unlike perennial native grasses, is an annual grass that blooms in the spring and dies between late April and June, depending on local precipitation patterns. And it happens to perish just in time for the fire season in the West, as per Sage Grouse Initiative.

It also has very fine leaves and stems, making it easy to ignite and spread fire quickly.

The grass is essentially tissue paper that covers the terrain, an easily-ignited fuel that transports and spreads fire swiftly.

It disrupts a number of essential ecological processes.

Cheatgrass, for example, has a shallow root structure with most of its roots concentrated in the top 12 inches of soil, which allows it to collect a lot of water and nutrients during the springtime growing season, outperforming native plants for scarce resources.

Sagebrush and other native shrubs have roots that may grow up to eight feet deep, assisting in the cycling of nutrients and the use of water deeper in the soil profile.

Cheatgrass also has an impact on the diversity and number of soil microbes, thereby limiting native plant growth in the future.

Overgrazing of native fire-carrying grasses has starved certain western forests of fire, making them too dense and prone to abnormally severe fires.

To add insult to injury, and in defiance of contemporary conservation science, the cattle sector continues to be the most vocal opponent of efforts to restore species such as the Mexican gray wolf in Arizona and New Mexico.