Researchers discovered that throughout the fall and winter, airports in colder locations gather more pollutants like PM2.5 than airports in milder climates.

Every year, nearly 7 million people are killed by air pollution throughout the world.

Airports, according to McGill University experts, are hotspots for airborne contaminants that are harmful to human health and the climate. 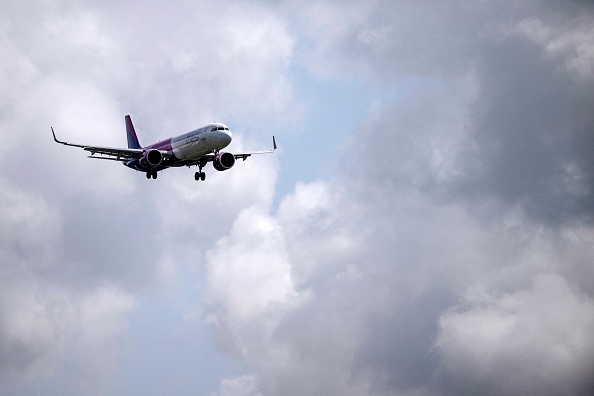 Researchers looked examined air pollution at three major Canadian airports and discovered that in the fall and winter, airports in colder climes accumulated more pollutants like PM2.5 than airports in warmer climates, as per ScienceDaily.

The greatest PM2.5 concentration was found in the smallest and coldest airport, which had the fewest flights and passengers.

Pollutants are concentrated and their dispersion is altered by weather conditions, such as low temperatures and precipitation.

According to Professor Parisa Ariya of the Departments of Chemistry and Atmospheric and Oceanic Sciences, targeted reduction of PM2.5 emissions is advised, especially for cold climatic zones where we detect greater concentrations of pollutants.

During the COVID-19 shutdown, researchers discovered that PM2.5 and other particle concentrations in residential areas near one airport reduced to the point where they met the recommended workplace health threshold.

This level was exceeded prior to the lockdown.

COVID-19’s reduction in pollutant concentrations demonstrates how much pollution is created at airports during regular operations.

It also displays the level of pollution to which employees and people of the region are exposed.

Particulate matter (also known as particle pollution) is a phrase used to describe a combination of solid particles and liquid droplets present in the air.

Dust, grime, soot, and smoke are examples of big or black particles that may be seen with the naked eye.

Others are so minuscule that only an electron microscope can detect them.

These particles can be made up of hundreds of different compounds and come in a variety of sizes and forms.

Some are directly released from a source, such as construction sites, dirt roads, fields, smokestacks, or fires.

The majority of particles in the atmosphere are formed by complicated chemical processes involving pollutants such as sulfur dioxide and nitrogen oxides, which are produced by power plants, industry, and cars.

Particulate matter is made up of minute solids or liquid droplets that can be breathed and cause major health issues.

Some particles with a diameter of fewer than 10 micrometers can penetrate your lungs and even enter your bloodstream.

Particles of a diameter smaller than 2.5 micrometers, generally known as tiny particles or PM2.5, represent the greatest health danger.

Fine inhalable particles with sizes of 2.5 micrometers or less are referred to as PM2.5.

The EPA establishes and evaluates national air quality guidelines for PM under the Clean Air Act.

PM concentrations are measured by air quality sensors around the country.

The EPA controls inhalable particulates. The EPA does not regulate sand and big dust particles greater than 10 micrometers.

State and local governments will be helped to fulfill the EPA’s national air quality goals by the agency’s national and regional guidelines to limit emissions of pollutants that produce PM.

Related article: Fine-Particle Air Pollution Has Decreased Across the US, but Poor and Minority Communities Are Still the Most Polluted

White Plague Disease: Insights on How Coral Immune System Responds To Such Threat